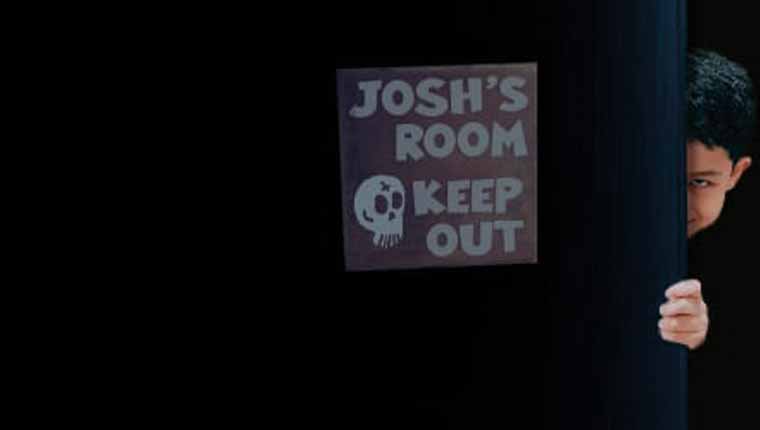 When Josh Baskin returned home after his “Big” adventure, he took more than he should, he took an exciting prototype toy from MacMillan Toys.

You are the competition and you want that prototype!

His bedroom – that must be where he’s hidden it.

Can you find the toy and escape in 60 minutes?

Day twelve of our escape room roadtrip, and having taken a couple of days off to recover, we were feeling revitalised and ready to take on our next batch of games. Today would be a ‘leisurely’ seven game day and first up was Want to Escape in Rushden. We didn’t know much about Want to Escape, except that their game ‘Guardian of the Gallery’ was a TERPECA nominated room, so we had high hopes that their other games would be quality too.

Want to Escape is easy to find and as a bonus it even has parking! When we arrived we were greeted by James (the owner) and couldn’t help but notice that there was even a puzzle on their welcome mat, a nice touch and a good little warm up (although we completed it later). The reception area was a little bare but that was on purpose so they could clean it easily (thanks Covid), but even then it was still comfortable and we’re glad they took this approach to cleanliness. Although the venue is easily accessible, it’s worth noting that all but one of the games is upstairs, so if you have any issues with stairs, bear that in mind.

Not to blow our own trumpet, but we’ve made it on to a few leaderboards in our time, and normally that comes with a ‘well done’ and that’s it. Not at Want to Escape though, or no, they’ve taken it to the next level. If you get on the leaderboard here, you get a real record to take away with you – literally it’s an LP that they write your team name and time on. A duplicate of this is also displayed in the waiting room for all to see – it’s a great idea!

We were booked in to play all of the games at Want to Escape, and first up was Shimmy Shimmy Cocoa Pop. If that title sounds familiar to you, then you must have watched the 80s classic Tom Hanks movie, Big. It’s a true classic and we were excited to play an escape room that was an homage to this family favourite. Our GM, James delivered the health and safety briefing and the story while we were in reception, then we were whisked away upstairs to begin our adventure.

Covid-19 Procedures: Excellent COVID precautions, a (covered) outdoor sink was provided and visitors are requested to wash hands before entering the building. Plenty of hand sanitiser provided and there was a strict mask policy when we visited in May 2021.

I would be lying if I said I didn’t enjoy every moment we spent in Shimmy Shimmy. This room is one that would be perfect for families or enthusiasts and I’d challenge you to not have a smile on your face while you’re in it. With the fun soundtrack playing the entire time, it just felt like one big party and although we’re always racing against the clock, this is a room to savour.

One thing we certainly appreciated about this game is that there were no red herrings, everything that was in there was meant to be there. Even though we may have got something earlier than we could use it, once we progressed a bit more, it all became clear. The room was also big enough that it could accommodate slightly larger teams, but even as a team of two you’re likely to have a great time.

If there was one scene in the movie, Big, that everyone remembers, it would be the one that took place in the toy shop – well, without giving too much away, you won’t be disappointed.

I think it’s quite clear that we loved this game just from the look and feel of it, so I’m quite pleased to be able to report that the puzzles were also good fun and all fitted into the theme ridiculously well. It took us a little while to get going and work out what we needed to do, but once we did, there was no stopping us! Despite our early confusions, the game was quite open and we would have been able to split up and work on things independently of each other.

You’ll find a good mixture of puzzle types in Shimmy Shimmy; searching, logic, observation, communication, and skill are the main ones. Normally I’m not a fan of skill puzzles, but one in this game was really fun to solve, and the other could have been very frustrating – I say ‘could’ because we actually found a shortcut that saved us a lot of frustrations. It sounds like we were the first team to find this shortcut so if it has now been fixed…good luck!

We even managed to partially solve one puzzle despite massively over complicating it. Once we realised we actually had all the information we needed already it became much simpler, but no less fun, to solve.

I think what I liked most about the puzzles was that everything just felt right. How we solved them, the theme of them, the signposting, the reward/payoff for solving them, literally everything. It’s no lie, I loved this game.

We love it when we play at a venue and the owner is someone who lives and breathes escape rooms, and James certainly does that. He’s an enthusiast that has played many rooms and it shows. It seems like not a week goes past where I don’t see a team photo of his team appearing on an escape room facebook page (they also have a great team name, and they’re stupidly quick). I also happened to catch a talk by James at ERIC back in 2019 – this guy lives and breathes escape rooms!

Anyway, obviously we liked James, but his gamesmastering was spot on. I remember needing a clue for one thing (that we really should have spotted), and James waited long enough for us to have a chance at finding it but when we didn’t, he chimed in to offer us a clue. When clues were delivered, they came through the screen in the room which was announced with a noise so we knew to look. This screen also had our timer displayed on it so we knew exactly how long we had left.

I’m a sucker for rooms that play on 80s nostalgia so it was probably a given that I would like this game. If you’re looking for a light-hearted game, then for sheer fun you’ll be hard pressed to find something more appropriate than Shimmy Shimmy.