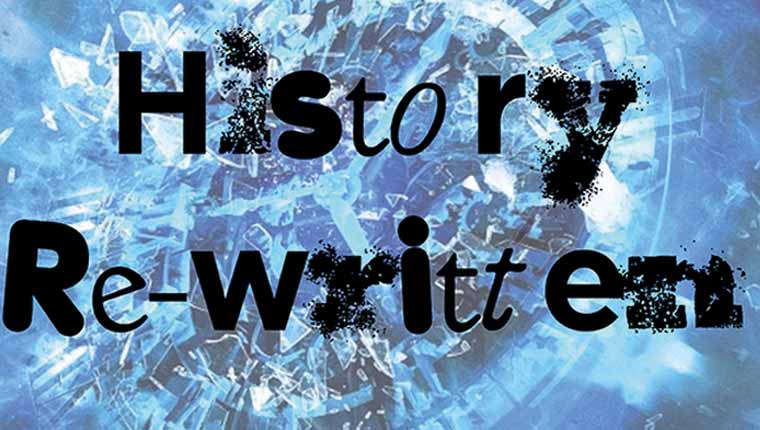 Should all history be re-written?

Our online game takes place in the past and the present. Ever thought you’d like to alter history? History Re-written Inc. are looking for people like you

When the lockdown happened there was no way for us to fill the escape room void that was left behind, that is until escape room companies started making online games; one of the companies to do that was Escape from Home (appropriately titled). We have previously played their free games but this was our first foray into their paid offerings.

We were told that History Re-written was the hardest of their games so it seemed like a logical first place to start, as in theory, it could only get easier if we struggled on this one. This is a print and play game but unlike many games you print as you go along so do bear that in mind when you are setting aside time to play – although it is thankfully only five pages.

In a way, this game was a bit like Quantum Leap (remember that show?) as our mission was to go through time to right some wrongs and change history forever.

History Re-written plays out in a linear fashion through a website where you find puzzles that you have to solve so you can ‘fix’ history. If you were playing this with the family then it’s probably quite good as you could teach children about history as you go along. There are a number of key historical events which are covered, but I won’t go into which ones as that would spoil the game. We could understand why most of them were in there but one event felt very out of place and depending on your viewpoint could be a bit controversial.

We found there to be a few inconsistencies with how you entered solutions to progress, sometimes there were spaces, sometimes there was not. It also presented us with one of our least favourite online things, a hidden password field – this means you can’t see what you are typing in. There’s no reason for it to be hidden so it just makes it more frustrating as you don’t know if you are entering the solution incorrectly (fat fingers) or have the answer incorrect.

When we do a print and play game we like to get all the printing out of the way early on so we know that we can just play the game in one go and not have to stop and wait for our archaic printer to spew out pages. This game has you printing pages as you go along which we found really slowed down play and became frustrating.

There were a mixture of puzzle types, including logic, observation, decoding and a bit of research. Using a search engine is actively encouraged for this game so don’t feel bad if you need to turn to the mighty Google at a couple of points.

A number of the puzzles were quick wins but there were a few that felt far too long-winded and we found ourselves getting bored with them. One puzzle, in particular, wouldn’t be good in a big team as really only one person can work on it unless you each print off a copy (think of the trees!). So while Liz was working on that puzzle I was left twiddling my thumbs, now don’t get my wrong, it was a decent puzzle that we have seen before in other online experiences, it just isn’t good for teamwork.

There was a gradual clue system on all the puzzles so if you were stuck you could have a look at the first hint to get a gentle nudge in the right direction, or you could look at another three hints which got less and less cryptic before you could finally get the answer (on most puzzles). It’s nothing fancy, but it was integrated into the website and worked as intended.

Excluding one questionable mission, this was an interesting way to learn a bit of history but having to break for printing really ruined the enjoyment for us. We’ve played worse games, but we’ve also played better.

*Disclaimer: we weren’t charged for this experience, but this has not influenced our review. 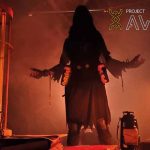