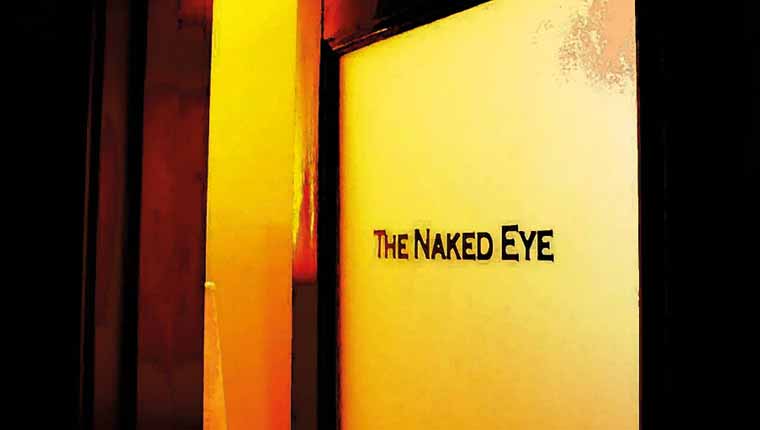 There’s been strange whispers from RoomCorp Enterprise. Talks of secret bunkers, testing facilities and strange noises that can’t be explained. And who is Douglas anyway?

​Solve the mysteries of RoomCorp to obtain the Esc Code before time runs out!​

Historically we used to break up journeys by stopping at service stations, now that has been replaced by visiting escape rooms. So on our way back from a break in Cornwall we decided to break up our return journey by a quick pit stop in Plymouth, and the game of choice was Roomsmiths’, The Naked Eye.

It was pretty easy to find the location of Roomsmiths as they are literally above a tyre place. When we arrived we parked in the bays to the right of the building (when looking at it), as it was just us parking wasn’t a problem but there was a big pay-and-display around the corner if needed. We went up the stairs and buzzed the door to be let in, but unfortunately our host was running a bit behind, this just gave us longer to read the messages other teams have written on the wall – here’s a tip: Ignore them all.

When our host, and owner Joshua arrived we were led through to the sizable waiting area and took that time to chat with each other and use the facilities while Joshua made sure the room was ready to go. When Joshua returned he gave us the health and safety briefing and explained how padlocks worked, strangely though, I don’t remember there being a briefing about the story.

So, knowing how a padlock worked, we headed into the office and began our mission.

It’s worth noting that this game is up a flight of stairs but when you’re in the room it is all on one level. There is no crawling but one quite large ‘step’

Covid-19 Precautions: There was hand sanitiser for us to use and we were able to remove masks when in the room. Our GM wasn’t wearing a mask but did keep his distance. Track and trace was also available.

This game certainly took us on a journey, and it was a journey that we didn’t see coming. It starts off innocently enough in a pretty standard looking retro-office space, but as the game progresses we entered a number of spaces that were all rather different, I won’t talk about these spaces too much, but Liz has named one of the areas as a ‘weird puzzle dungeon’ which actually sums it up quite perfectly.

There were moments in the game where it was a bit dark but with a torch it wasn’t too bad to see, although it would have been nice to have had a few more considering we were a team of four. We did manage to work with just the one torch though so it wasn’t as bad as we were expecting.

The game has some good atmospheric sounds playing throughout which added to the experience, and there were some periodic alerts/messages over the PA system that were designed to either give an update with our time, or add some humour to the game.

The ending to the game was quite good, we thought it was going to be something quite standard but then they threw a curveball right at the last minute. The strangest thing is that your time doesn’t stop when you exit the room, more on that in a moment.

The Naked Eye was mostly non-linear although there were a few choke points that brought the team back together. This game really seemed to click with one of our team so he seemed to be off doing his own thing and solving everything while the rest of us were working on other puzzles around the place.

There were some clever moments in the game, arguably one could be breaking an unwritten escape room rule, but it was nice to look at an item and use it in different ways. One puzzle that we had to do felt very wrong and we felt like we were cheating in doing it, but after speaking to Joshua after the game he assured us that we did it in the correct way.

I was quite surprised by the space that this game occupied and they certainly filled it up with puzzles. They were; observational, maths, logic, decoding, audio, follow directions, and some searching. The signposting was excellent and we often knew what went where, which was good as this was a very padlock heavy room.

Another thing worth mentioning was that this game was heavily reliant on colours in a number of places, so if colours are your kryptonite, then be warned. A simple fix would be to write the colour next to it as this would make it much more accessible for those who are colour blind – of course it’s unlikely a team would be full of colour blind players, so it may not be an issue.

Our gamemaster Joshua had a pretty easy run of things in this game as it all seemed to click. We didn’t need any help at all and managed to complete this game in the second quickest time (we were about two minutes slower than Team S2 which is a win in our eyes. If you don’t know about Team S2, look them up, they’re super-human).

If we had needed clues, they would have come over walkie-talkies that we were given before we entered.

I mentioned about the time not stopping when you exit the room, well that’s true. The timer stops when you exit the room, bolt down the corridor, and then press the stop button on the clock. It’s quite an old school way of doing things, but actually worked quite well. Because we didn’t have the clock in the room with us, we received audio updates over the speaker to let us know how long we had left.

In a way this felt like it should be a hard room as there was a lot to do, but it clicked with our team and we got out in super-quick time. It’s cosy in places but really opens up so I’d imagine that bigger teams will probably still find things to do. 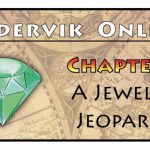